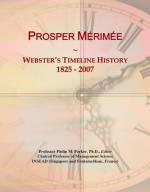 Get Critical Essay by Anthony E. Pilkington from Amazon.com
View the Study Pack

This literature criticism consists of approximately 11 pages of analysis & critique of Prosper Mérimée.

In the following essay, Pilkington examines the "gap between objective reality and subjective viewpoint" elicited by the narrator of "La Vénus d'Ille"

The role of the narrator and the theme of the supernatural in La Vénus d'Ille have received a good deal of critical attention. This paper will attempt to relate to each other the narrative and thematic aspects of the tale, in order to define something of the distinctive quality of Mérimée's achievement in the story which he considered to be his masterpiece.

The narrator, whom Mérimée includes in a number of his tales, has been variously held to be a projection of the author himself or a means of setting the story within an artistic framework...

Critical Essay by Anthony E. Pilkington from Gale. ©2005-2006 Thomson Gale, a part of the Thomson Corporation. All rights reserved.