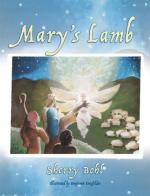 Get Critical Essay by Jane Aaron from Amazon.com
View the Study Pack

This literature criticism consists of approximately 34 pages of analysis & critique of Mary Lamb.

In the following essay, Aaron examines the political and socio-psychological elements apparent in “On Needle-Work,” arguing that despite the restraint evident in the work, it is a valuable document of social criticism.

On 22 September 1796 Mary Lamb, in a sudden outbreak of violent mania, brought about the death of her mother. According to a contemporary newspaper account of the incident, while preparing a meal that day,

the young lady seized a case knife laying on the table, and in a menacing manner pursued a little girl, her apprentice, round the room; on the eager calls of her helpless infirm mother to forbear, she renounced her first object, and with loud shrieks approached her parent.

The child by her cries quickly brought up the landlord of the house, but too late—the dreadful...

More summaries and resources for teaching or studying Mary Lamb.

Critical Essay by Jane Aaron from Gale. ©2005-2006 Thomson Gale, a part of the Thomson Corporation. All rights reserved.