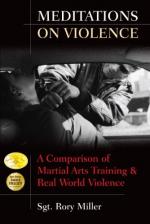 Get Critical Essay by Paul Plass from Amazon.com
View the Study Pack

This literature criticism consists of approximately 20 pages of analysis & critique of Martial.

In the following excerpt, Plass evaluates Martial's obscene epigrams in terms of Freud's commentary on the function and effectiveness of wit. Plass calls attention to the way Martial manipulates syntax and word play to subvert codes of propriety, confound logic, and amuse his audience.

In De Amicitia (37) Cicero mentions the following exchange between Laelius and Blossius on political loyalty:

L. [Would you] actually [have done it], if he [Tiberius Gracchus] had wanted you to set fire to the Capitol?

B. He never would have wanted that, but if he had, I would have done it.

Laelius dismisses the reply as shocking (nefaria) without remarking on its most interesting aspect: Blossius' "yes" reflects the...

Critical Essay by Paul Plass from Gale. ©2005-2006 Thomson Gale, a part of the Thomson Corporation. All rights reserved.