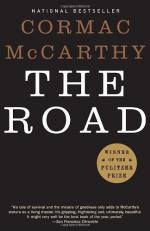 Get Critical Essay by M. Ian Adams from Amazon.com
View the Study Pack

In the following essay, Adams comments on Bombal's use of poetic imagery to express alienation in La última niebla, focusing in particular on the symbolic value of the mist in the novella.

María Luisa Bombal's first novel, La última niebla, was published in 1935 in Buenos Aires.1 Her second novel, La amortajada, appeared in 1938. In 1947 she published The House of Mist, a novel in English based on La última niebla. These three books and a few short stories are all that she has written. In 1963 she was supposed to be working on another novel, El Canciller, which had originally been written in English in 1953 and was called The Foreign Minister.

María Luisa Bombal was chosen for this study because her treatment of alienation...

Critical Essay by M. Ian Adams from Gale. ©2005-2006 Thomson Gale, a part of the Thomson Corporation. All rights reserved.