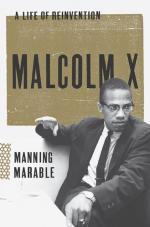 Get Critical Review by Robert Bone from Amazon.com
View the Study Pack

This literature criticism consists of approximately 6 pages of analysis & critique of Malcolm X.

In the following review, Bone demonstrates the use of Malcolm X's autobiography as a means of understanding the intentions and convictions of the proponents of the concept of "Black Power" in the civil rights movement during the latter half of the 1960s.

In the month of June, 1966, the Negro protest movement entered a new phase. For the first time, during the so-called "Meredith march" to Jackson, Miss., the younger activists raised the slogan of "Black Power!" In the same month, less than a year after its initial publication, Grove Press brought out a paperback edition of The Autobiography of Malcolm X. The two events are linked by more than a coincidence. For Malcolm's book, without a doubt, has had a major impact on the younger generation.

Critical Review by Robert Bone from Gale. ©2005-2006 Thomson Gale, a part of the Thomson Corporation. All rights reserved.