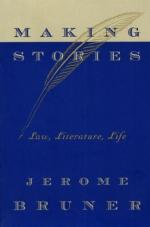 Get Critical Essay by Alma Jean Billingslea-Brown from Amazon.com
View the Study Pack

This literature criticism consists of approximately 15 pages of analysis & critique of Law.

In the following essay, Billingslea-Brown explores the effect of anti-miscegenation laws in the framework of social repression of Blacks through established legal mechanisms.

Between American jurisprudence and literary expression by African Americans, there is multifaceted relationship, one that has at its center questions of freedom and identity. It may be argued, in fact, that the impulse to creative expression by African Americans arises, in part, from the need to legitimize the human and cultural identity of the African on American soil.1 In the legal history of the United States, that collective human identity, from the colonial period to Dred Scott and Jim Crow, has been constructed in particular ways.

Without doubt, there have been seminal instances where law for...

Critical Essay by Alma Jean Billingslea-Brown from Gale. ©2005-2006 Thomson Gale, a part of the Thomson Corporation. All rights reserved.