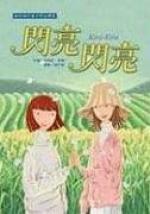 Get Critical Review by Valerie Matsumoto from Amazon.com
View the Study Pack
Related Topics
Cracker!: The Best Dog in Vietnam
A Place to Belong

This literature criticism consists of approximately 5 pages of analysis & critique of Cynthia Kadohata.

There is a book I have been hoping to find for years, every time I walked past a rack of new releases. It would be, I felt, a novel in the voice of a Japanese American woman of my generation (third, or Sansei) who came of age after World War Two. In her writing I would catch glimpses of Sansei children playing games like jan-kenpo (paper-scissors-rock) and lugging sacks of rice into the kitchen. They and their Nisei (second-generation) parents would be making their way in postwar America, seeking to escape the shadows of the concentration camps. What I was looking for was a kindred experience in print, a literary cousin.

When The Floating World appeared, I pounced...

Critical Review by Valerie Matsumoto from Gale. ©2005-2006 Thomson Gale, a part of the Thomson Corporation. All rights reserved.