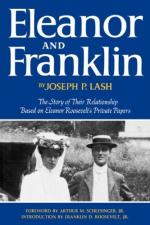 Get Critical Essay by Will Irwin from Amazon.com
View the Study Pack

This literature criticism consists of approximately 13 pages of analysis & critique of Joseph Pulitzer.

SOURCE: "Yellow Journalism," in Highlights in the History of the American Press, edited by Edwin H. Ford and Edwin Emery, University of Minnesota Press, 1911, pp. 267-99.

In the following excerpt, Irwin discusses Pulitzer's influence during the era of "yellow journalism" that flourished in the late nineteenth-century.

The seeds of yellow journalism, so called for want of a better name, sprouted at St. Louis and San Francisco during the eighties; they came to fruition in New York, thrashing-floor for changes in journalism, during the early nineties. In the decade which preceded the full flowering of Hearst and Pulitzer, however, a change in the spirit of newspaper publication had crept in by way of the business office—a change which prepared the ground for this new seed. From a rather humble professional enterprise, the newspaper had become a great "business proposition," holding infinite possibilities of profit.

More summaries and resources for teaching or studying Joseph Pulitzer.

Critical Essay by Will Irwin from Gale. ©2005-2006 Thomson Gale, a part of the Thomson Corporation. All rights reserved.