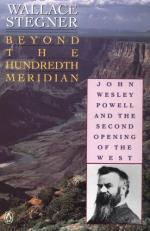 Get Critical Essay by Thomas Walter Herbert from Amazon.com
View the Study Pack

This literature criticism consists of approximately 27 pages of analysis & critique of John Wesley.

In the following essay, Herbert examines Wesley's transition from the translation of secular works to his adaptations of George Herbert's verse and translations of German hymns, and then to the composition of original devotional works.

John Wesley very early gave evidence that he shared the strain of poetry which ran in his family. A capable student in every department of study, he was particularly distinguished at the Charterhouse for his excellent translations from the Latin. The source of pleasure thus discovered continued during the period of residence at Oxford, finding expression in exercises of translation and paraphrase.

“Mr. Wesley's natural temper in his youth,” as Dr. Whitehead said, “was gay and sprightly, with a turn for wit and humor.”1 For instance, an hour or so...

More summaries and resources for teaching or studying John Wesley.

Critical Essay by Thomas Walter Herbert from Gale. ©2005-2006 Thomson Gale, a part of the Thomson Corporation. All rights reserved.