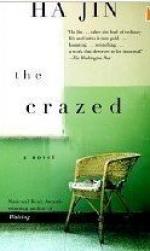 Get Ocean of Words from Amazon.com
View the Study Pack
Related Topics
Saboteur

These are two extraordinary, original works of fiction, similar in subject and spirit, by two Chinese American writers. Wang Ping, who was born in 1957, and Ha Jin, born in 1956, both grew up in China during the turbulent Cultural Revolution. Both emigrated to America in 1985 and began writing—and publishing—thereafter. (Ha has written two books of poems, Between Silences and Facing Shadows. Wang's critically acclaimed short-story collection, American Visa, was published in 1994. A collection of her poems—she has won a National Endowment for the Arts fellowship for her poetry—is due out from Coffee House next spring.)

Both also have chosen to write in English, which in Ha's case is based on more than just geography. About his...

More summaries and resources for teaching or studying Ha Jin.

Ocean of Words from Gale. ©2005-2006 Thomson Gale, a part of the Thomson Corporation. All rights reserved.