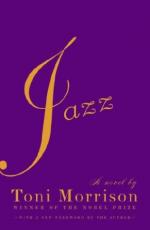 Get Critical Essay by Kathleen Chase from Amazon.com
View the Study Pack
Related Topics
The Source of Self-Regard

In the following excerpt, Chase explores Anaïs Nin's fascination with jazz music in her Diaries.

For Anaïs Nin music was paramount. Both of her parents were musicians, and music surrounded her even before she was born, just as it pervaded her childhood and girlhood. Later, when she followed her younger brother's development as a composer and pianist and conductor, music became her constant companion throughout her life.

Her writings attest to this. In her Diary music is mentioned constantly. Music suffuses her fiction; it is the leitmotif, the protagonist, the symbol. All her work is influenced by music, and none has expressed it more deeply or more interestingly than she herself.

At the age of eleven, Anaïs wrote in her Diary (Linotte): “Does music hold the key...

Critical Essay by Kathleen Chase from Gale. ©2005-2006 Thomson Gale, a part of the Thomson Corporation. All rights reserved.