Get Carolyn Springer from Amazon.com
View the Study Pack

This literature criticism consists of approximately 34 pages of analysis & critique of Romanticism.

In the following essay, Springer examines the importance of archaeological metaphors relating to the classical Roman past as part of the nationalist rhetoric of the democratic movement in Italy.

If the primary strategy of Pio-Clementine and Restoration classicism was to create vast ceremonial spaces in which to display the spoils of recent excavations and proclaim the Pope's exclusive title to the complex legacy of Rome, [Guiseppe] Mazzini and other writers 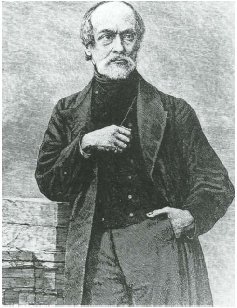 Giuseppe Mazzini.
of the left dreamed of reclaiming the "marble wilderness" itself as a common ground for the democratic opposition.

In the works of Mazzini and other writers of the "scuola democratica,"1 and in the works of other European writers sympathetic to the cause of Italian nationalism, the ruins of Rome are repeatedly invoked as...

More summaries and resources for teaching or studying Romanticism.

Carolyn Springer from Gale. ©2005-2006 Thomson Gale, a part of the Thomson Corporation. All rights reserved.