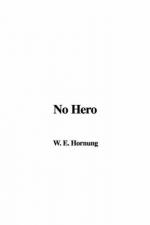 Get Critical Essay by William Vivian Butler from Amazon.com
View the Study Pack

SOURCE: "In Which Robin Hood Drops His Mantle, and Raffles Doesn't Quite Pick It Up," in The Durable Desperadoes, Macmillan London Ltd., 1973, pp. 27-38.

In the following excerpt, Butler examines Raffles as a manifestation of late-Victorian attitudes.

[The] mantle of Robin Hood is [not] tailor-made for every outlaw thriller hero. As a matter of fact, the first really successful gentleman-crook character in English crime fiction had so little Sherwood Forest chivalry in his makeup that he should have been ashamed even to order a smoking-jacket in Lincoln Green.

His name was A. J. Raffles. He was the creation of Conan Doyle's brother-in-law, E. W. Hornung. He first appeared in the middle-to-late 1890s. And his immense popularity right through the turn-of-the-century period takes more than a little explaining, unless one makes a supreme effort to view him through late Victorian eyes.

Imagine, then, for a moment, that you are...

Critical Essay by William Vivian Butler from Gale. ©2005-2006 Thomson Gale, a part of the Thomson Corporation. All rights reserved.