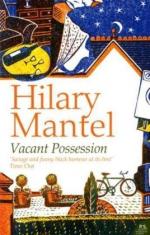 Get Critical Review by Charlotte Innes from Amazon.com
View the Study Pack
Related Topics
The Mirror & the Light

This literature criticism consists of approximately 6 pages of analysis & critique of Hilary Mantel.

In the following essay, Innes discusses the defining characteristics of Mantel's fiction.

Two-thirds of the way through A Change of Climate, James, the head of a hostel for “derelicts and drunks” in the East End of London, is shaken to his Christian core. He has just received a letter from his nephew Ralph, who is a missionary in Botswana. Something terrible has happened to Ralph and his wife, Anna, something unimaginably violent. And because James is wise, kind and an old hand at life's tragedies, he tries to compose, haltingly, a few words of encouragement in preparation for Ralph and Anna's return to England.

Critical Review by Charlotte Innes from Gale. ©2005-2006 Thomson Gale, a part of the Thomson Corporation. All rights reserved.