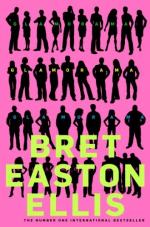 In the following review, Star identifies Ellis's themes and his stylistic contributions to the "L.A. novel."

As if to make up for the city's incessant boosterism, the Los Angeles novel carries a strong current of disaffection. Brooding despair mocks buoyant dreams; cynicism poisons the sunshine. This tradition distilled itself in Joan Didion's Play It as It Lays, where the entire metropolis was coolly reduced to a few locations (restaurants, hotel rooms, the freeway) and an even smaller number of emotions (anxiety, disengagement). Play It as It Lays may have been intentionally fatigued, designed to sound like the last book of its kind. But it inspired a legion of imitators. For many Californian writers, the L.A. novel became a trip to Didionland.

Critical Review by Alexander Star from Gale. ©2005-2006 Thomson Gale, a part of the Thomson Corporation. All rights reserved.