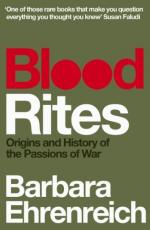 This literature criticism consists of approximately 7 pages of analysis & critique of Barbara Ehrenreich.

Although critical of several of Ehrenreich's conclusions, in the following review, Henkin finds much to like in Fear of Falling.

Most books that make sweeping assertions about American culture, Barbara Ehrenreich argues, are really only about the middle class. When authors tell us that "Americans" are becoming "more self-involved, materialistic, spineless, or whatever," they are really referring to the relatively small "professional … middle class … from which every other group or class is ultimately [considered] a kind of deviation." In Fear of Falling: The Inner Life of the Middle Class, Ehrenreich claims to do consciously what others have done unwittingly.

Fear of Falling is an attempt to demythologize the professional middle class, to portray it as it is: one class among several, with its own interests, fears and obsessions. But the book is not simply an...

Critical Review by Joshua Henkin from Gale. ©2005-2006 Thomson Gale, a part of the Thomson Corporation. All rights reserved.