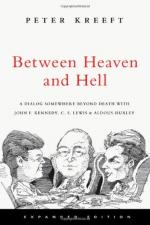 Get Kulwant Singh Gill from Amazon.com
View the Study Pack

This literature criticism consists of approximately 18 pages of analysis & critique of Aldous Huxley.

In the following essay, Gill discusses Aldous Huxley's experimentations with LSD as a means of reaching spiritual enlightenment, concluding that Huxley ultimately failed because of his inability to overcome his "intellectual baggage. "

Aldous Huxley's Interest in psychedelics stems from his deep-rooted concern for the spiritual malaise of modern life. Though he started his literary career on a note of agnosticism,1 adopted an attitude of "pawky playfulness" toward eternal verities,2 and debunked mysticism as an ideal,3 his later writings affirm his belief in the Ultimate Reality. His analysis of the human situation brought about the conviction that modern man is spiritually sick because he has alienated himself from the Divine Reality or the Godhead that, according to Huxley, is "the unmanifested principle of all manifestation" and that "to realize this...

Kulwant Singh Gill from Gale. ©2005-2006 Thomson Gale, a part of the Thomson Corporation. All rights reserved.