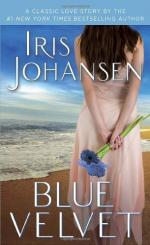 Get Critical Essay by Lynda K. Bundtzen from Amazon.com
View the Study Pack

This literature criticism consists of approximately 33 pages of analysis & critique of Blue Velvet.

In the following essay, Bundtzen examines Blue Velvet from a feminist and psychoanalytic perspective, challenging some of the methodologies’ assumptions.

… woman as representation signifies castration, inducing voyeuristic or fetishistic mechanisms to circumvent her threat. None of these interacting layers is intrinsic to film, but it is only in the film form that they can reach a perfect and beautiful contradiction, thanks to the possibility in the cinema of shifting the emphasis of the look. It is the place of the look that defines cinema, the possibility of varying it and exposing it.

David Lynch's Blue Velvet provides a feminist and psychoanalytic film criticism with a rare opportunity to test many of its assumptions. The character of Dorothy Vallens (Isabella Rossellini...

More summaries and resources for teaching or studying Blue Velvet.

Critical Essay by Lynda K. Bundtzen from Gale. ©2005-2006 Thomson Gale, a part of the Thomson Corporation. All rights reserved.