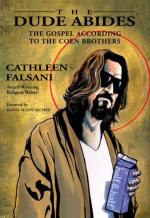 Get Critical Review by Eric Pooley from Amazon.com
View the Study Pack

This literature criticism consists of approximately 13 pages of analysis & critique of Joel and Ethan Coen.

It's the last week of February, and 400 people have turned up at the Gotham theater for a screening of a comedy called Raising Arizona. The film has excellent word of mouth, and a host of industry types, including director Jonathan Demme, are on hand to see it—but Joel Coen, 32, who directed and co-wrote the film, is not among them. Neither is his brother, Ethan, 29, who produced and co-wrote it. Instead of seeing what people think of their second movie (their first was the stylish, godless cult hit Blood Simple), the brothers are on their way across town, to a small screening of a film called Evil Dead 2: Dead by Dawn.

When the Coens slouch into the lobby before the horror film begins, a man...

More summaries and resources for teaching or studying Joel and Ethan Coen.

Critical Review by Eric Pooley from Gale. ©2005-2006 Thomson Gale, a part of the Thomson Corporation. All rights reserved.