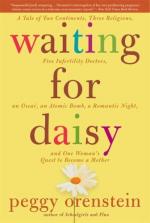 Get Critical Essay by Doris Grumbach from Amazon.com
View the Study Pack

This literature criticism consists of approximately 24 pages of analysis & critique of Christianity.

In the following excerpt, Grumbach discusses the views of certain black authors on Christianity, concentrating on the Black Manifesto and its central point of the tremendous wealth of the white Christian Churches and synagogues in America.

Churchmen in America were astonished when, on May 4, 1969, James Forman arrived at Riverside Church in New York City armed with a copy of the Black Manifesto, drawn up some months before by the National Black Economic Conference in Detroit. It was a shocking document, and the aim was to thrust it upon religious America in a shocking manner. Forman tried to break into Reverend Ernest T. Campbell's communion service, creating high indignation both for the irreligious act and for the uncommon, unexpected demands.

Central to the Manifesto's point is the tremendous wealth of the Church in America, white-Christian and...

Critical Essay by Doris Grumbach from Gale. ©2005-2006 Thomson Gale, a part of the Thomson Corporation. All rights reserved.