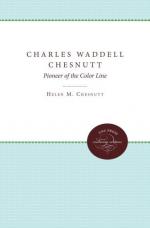 Get Critical Essay by Heather Hathaway from Amazon.com
View the Study Pack

In the following essay, Hathaway compares Chesnutt's pre-Freudian story “The Sheriff's Children” and Langston Hughes's post-Freudian “Father and Son,” and examines how the plots reform the image of the father.

“I dearly loved my master, son,” she said.

“You should have hated him,” I said.

“He gave me several sons,” she said, “and because I loved my sons I learned to love their father though I hated him too.”

“I too have become acquainted with ambivalence,” I said. … “Maybe freedom lies in hating.”

Plagued by a history of prejudice, interracial relations in the United States are turbulent and disturbing. Blacks have hated whites; whites have hated blacks—but...

Critical Essay by Heather Hathaway from Gale. ©2005-2006 Thomson Gale, a part of the Thomson Corporation. All rights reserved.