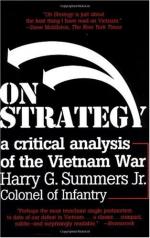 Get Interview by Anthony Burgess with Carol Dix from Amazon.com
View the Study Pack

Anthony Burgess
This literature criticism consists of approximately 4 pages of analysis & critique of A Clockwork Orange.

In the following excerpt, Burgess discusses the novel and film versions of A Clockwork Orange.

Anthony Burgess is one of England's most talented, scholarly and entertaining contemporary writers. He is 54 now, and has been writing for only twelve years. In that time he has published eighteen novels, six critical works, and one language primer; as well as a mountain of freelance journalism, reviewing, lecturing, TV scripting and screen playwrighting. In 1965, he left England to live in Malta, disgusted with tax laws that made it impossible for a writer to live by his trade.

Maybe something to do with the constant flow of his writing, but he has never become very popular in England (in fact it's impossible to find all his books in any one library and only two or three are in print...

Interview by Anthony Burgess with Carol Dix from Gale. ©2005-2006 Thomson Gale, a part of the Thomson Corporation. All rights reserved.