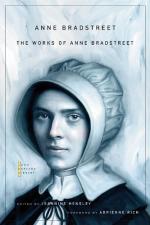 Get Critical Essay by Timothy Sweet from Amazon.com
View the Study Pack

This literature criticism consists of approximately 19 pages of analysis & critique of Anne Bradstreet.

In the following excerpt, Sweet considers the ways in which Bradstreet created a feminine poetic persona for herself in the context of the male poetic tradition.

Bradstreet and "the kinship between spirit and flesh."

[While] she hoped for salvation from the sufferings of flesh, Bradstreet was no annihilist. Indeed, her depictions of God and heaven often reveal her belief in their kinship to human and earthly life. Her poem, "In my Solitary houres in my dear husband his Absence," depicts God as an eternally present version of Simon: "Tho: husband dear bee from me gone / Whom I doe loue so well / I have a more beloued one / whose comforts far excell." And in her poem on the burning of her house, she reminds herself, "Thou hast an house on high erect...

More summaries and resources for teaching or studying Anne Bradstreet.

Critical Essay by Timothy Sweet from Gale. ©2005-2006 Thomson Gale, a part of the Thomson Corporation. All rights reserved.