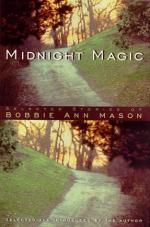 Get Critical Review by Lisa Alther from Amazon.com
View the Study Pack

In the following review, Alther discusses the pacing of Mason's lengthy novel Feather Crowns and its colorful language.

As Feather Crowns opens, it is 1900. A Kentucky farm wife is giving birth to quintuplets, the first ever recorded in America. As I read, I became deeply worried—needlessly, as it turned out—that this long novel was going to be another paean to the good old days of subsistence farming, when life was hard but hearts were hardy—the primordial Waltons myth that always sustains Americans when urban going gets tough.

The opening pace of the book was so leisurely that I felt I was actually living the cycle of the seasons, as fields were tilled and crops were planted and harvested by an extended family of unremarkable country people. But my own attention was sustained because...

Critical Review by Lisa Alther from Gale. ©2005-2006 Thomson Gale, a part of the Thomson Corporation. All rights reserved.