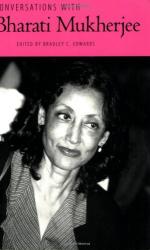 Get Critical Essay by Urbashi Barat from Amazon.com
View the Study Pack

This literature criticism consists of approximately 14 pages of analysis & critique of Bharati Mukherjee.

SOURCE: “Expatriate Indian or Immigrant American? A Study of ‘A Father’ and ‘A Wife's Story,’” in The Fiction of Bharati Mukherjee: A Critical Symposium, Prestige Books, 1996, pp. 116-24.

In the following essay, Barat considers two of Mukherjee's short stories and concludes that Mukherjee, despite her own denials, writes in the tradition of Indian women authors.

In an interview with Alison B. Carb five years ago, Bharati Mukherjee made it very clear that she regards herself as being part of the American tradition rather than the Indian one: ‘I view myself as an American author in the tradition of other American authors whose ancestors arrived at Ellis Island.’1

This is a very interesting statement from someone who was born and spent the formative years of her life—the first twenty-one years—in India. The USA, it must be borne in mind, is a nation of immigrants: at first colonized...

More summaries and resources for teaching or studying Bharati Mukherjee.

Critical Essay by Urbashi Barat from Gale. ©2005-2006 Thomson Gale, a part of the Thomson Corporation. All rights reserved.