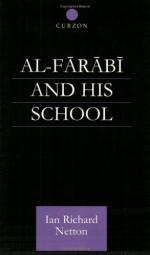 Get Critical Essay by Majid Fakhry from Amazon.com
View the Study Pack

This literature criticism consists of approximately 16 pages of analysis & critique of Al-Farabi.

In the following essay, Fakhry discusses the importance of al-Fārābī's continuation of the Aristotelian tradition.

During the period separating Boethius (d. 525) and Abélard (d. 1142), William and Martha Kneale, for instance, give no significant logician's name in their Development of Logic. Historians of medieval and premedieval philosophy have tended to take it for granted that, indeed, philosophical learning, including Aristotelian logic, had completely disappeared following the death of the Roman consul and author of the Consolation of Philosophy1. Today this assumption should be revised, since the continuity of Aristotelian scholarship either in Syriac or Arabic from the seventh to the twelfth centuries, was assured at the major centers of learning in the...

Critical Essay by Majid Fakhry from Gale. ©2005-2006 Thomson Gale, a part of the Thomson Corporation. All rights reserved.