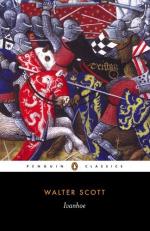 Get Walter Scott, Sir from Amazon.com
View the Study Pack

This Biography consists of approximately 3 pages of information about the life of Walter Scott, Sir.

The Scottish novelist and poet Sir Walter Scott (1771-1832) is the acknowledged master of the historical novel. He was one of the most influential authors of modern times.

Walter Scott was born in Edinburgh on August 15, 1771, the son of a lawyer with a long family tradition in law. By birth Scott was connected with both the rising middle class of Britain and the aristocratic Scottish heritage then passing into history. He was educated at Edinburgh University and prepared for a career in law, but his avocations were history and literature. He read widely in English and Continental literatures, particularly medieval and Renaissance chivalric romances, German romantic poetry and fiction, and the narrative folk poems known as ballads.

From these intense interests Scott's earliest publications derived: a translation of J. W. von Goethe's play Götz von Berlichingen (1799) and other translations from German; Minstrelsy of...

Walter Scott, Sir from Gale. ©2005-2006 Thomson Gale, a part of the Thomson Corporation. All rights reserved.