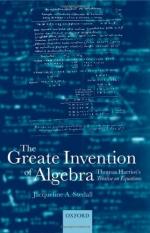 Get Thomas Harriot (or Hariot) from Amazon.com
View the Study Pack

This Biography consists of approximately 2 pages of information about the life of Thomas Harriot (or Hariot).

World of Scientific Discovery on Thomas Harriot (or Hariot)

Harriot was a man of many interests and accomplishments, particularly in the fields of mathematics, astronomy and physics. Harriot's early life is relatively unknown, other than the fact that he was born in Oxford, England, and later completed his undergraduate studies there. He was employed by Sir Walter Raleigh shortly afterward. Raleigh sent Harriot and Sir Richard Grenville to Virginia in 1585 to investigate the life, language, and customs of the New World. Harriot returned to England a year later, publishing his findings in a report.

Information regarding the later years of Harriot's life is also incomplete. He lived in Ireland for several years and developed an interest in colors, rainbows and astronomy. In the early 1600s, Harriot studied prismatic colors, computing the refractive indexes of green, orange and red rays. Reportedly, Harriot planned to produce a book on colors and the rainbow, but it appears it was never written. His work in astronomical studies is quite impressive. From 1591 to 1592 he researched the distances between the celestial North Pole and the North Star, as well as made observations of Halley's comet in 1607. From 1610 to 1613 he conducted scientific investigations of Jupiter's satellites and sunspots. Harriot died of cancer in 1621.

Harriot is perhaps best known for his mathematical and algebraic work. His book, Artis analyticae praxis ad aequations algebraicas resolvendas, published ten years after his death, demonstrates how solutions can be used to form algebraic equations. The book also contains an attempt at a uniform treatment of all algebraic equations and provides examples of linear, quadratic, cubic, quartic and quintic equations. Harriot is credited with simplifying algebra by developing a system of notation; he created several new mathematical symbols, including the < and > signs to represent "less than" and " greater than," respectively. His book came to be accepted as a textbook for algebra and was widely used for many years.

Harriot seldom completed his planned scientific publications and never actually published any of them. Unlike other astronomers and mathematicians of his time, Harriot did not record his thoughts or motives on paper. During the last years of his life, he left instructions in his will to publish some of his work, but unfortunately for the mathematical and scientific communities, this was never fully accomplished and much of Harriot's work remains unknown.

More summaries and resources for teaching or studying Thomas Harriot (or Hariot).

Thomas Harriot (or Hariot) from Gale. ©2005-2006 Thomson Gale, a part of the Thomson Corporation. All rights reserved.