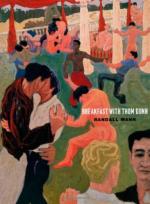 Get Thom Gunn from Amazon.com
View the Study Pack

This Biography consists of approximately 5 pages of information about the life of Thom Gunn.

For more than 40 years, award-winning poet Thom Gunn (born 1929) has concentrated on traditional form and, in contrast, on modern themes like LSD, panhandlers, and homosexuality. Born in England, he has spent most of his life in America, writing in traditional verse about American issues and subjects.

Thom Gunn was born Thomas William Gunn in Gravesend, England. His father, Herbert Smith, and his mother, Ann Charlotte Thompson Gunn, were both journalists; they divorced when Gunn was nine. Gunn traveled with his father, moving from town to town, and served in the British Army for two years, from 1948 to 1950. After serving in the army, Gunn lived in Paris for a year, beginning to write there, then moved to Trinity College at Cambridge, where he focused seriously on writing poetry.

Gunn published his first collection of poems, Fighting Terms, in 1954, the same year he began graduate study at...

More summaries and resources for teaching or studying Thom Gunn.

Thom Gunn from Gale. ©2005-2006 Thomson Gale, a part of the Thomson Corporation. All rights reserved.