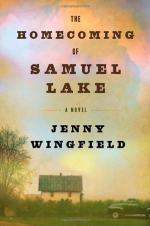 Get Samuel from Amazon.com
View the Study Pack

This Biography consists of approximately 2 pages of information about the life of Samuel.

Encyclopedia of World Biography on Samuel

The prophet Samuel (ca. 1056-1004 BC) was the last judge of Israel and the first of the prophets after Moses. He inaugurated the monarchy by choosing and anointing Saul and David as kings of Israel.

Samuel was the son of Elkanah and Hannah, and he was born at Ramathaim-zophim in the hill country of Ephraim. Brought to the Temple at Shiloh as a young child to serve God in fulfillment of a vow made by his mother, he succeeded Eli as the high priest and judge of Israel. Because the Philistines had destroyed Shiloh, Israel's religious center, Samuel returned to Ramah, making it the center of his activity.

Samuel made annual circuits through the cities of Bethel, Gilgal, and Mizpah, judging the people, exhorting them to stop worshiping idols, and using his influence to hold the tribes together. He seemed able to penetrate the future, and the people looked upon him as a prophet.

Israel at this time was subjected to Philistine domination, constant threats from the Ammonites, and disunion among its own tribes. The people lacked respect for Samuel's corrupt sons, Joel and Abijah, whom he appointed to judge Israel in his stead. The elders urged Samuel to seek a forceful national leader to become king. Samuel acceded and chose Saul, son of Kish of the tribe of Benjamin, and he took an active role in Saul's coronation.

Samuel later broke with Saul because Saul twice disobeyed him. Samuel then proclaimed that Saul was rejected as king of Israel and that his dynasty would not continue on the throne. The prophet transferred his support to David, selecting him and secretly anointing him king of Israel. Samuel's last days are obscured by the conflict between Saul and David. The Bible makes a brief reference to his death and to his burial at Ramah.

Samuel, though counted among the greatest of the judges, like Moses, is also numbered among the prophets. He was not a warrior but, like Moses, was a hero who rallied the spirit of his people in the midst of oppression, keeping alive their hope and faith.

More summaries and resources for teaching or studying Samuel.

Samuel from Gale. ©2005-2006 Thomson Gale, a part of the Thomson Corporation. All rights reserved.