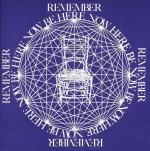 This Biography consists of approximately 2 pages of information about the life of Ram&oacute;n Grau San Martin.

Ramón Grau San Martin was born in Pinar del Río Province on Sept. 13, 1887. Although his father, a prosperous tobacco grower, wanted him to continue in the business, Grau dreamed of becoming a doctor. Despite family opposition he entered the University of Havana, receiving his degree of doctor of medicine in 1908. He then traveled to France, Italy, and Spain to round out his medical training. He returned to Cuba and in 1921 became professor of physiology at the University of Havana. He wrote extensively on medical subjects, including a university textbook on physiology.

Grau's reputation, however, rests not on his medical achievement but on his political involvement. In the late 1920s he supported student protests against dictator Gerardo Machado and...