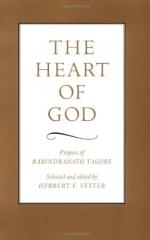 This Biography consists of approximately 7 pages of information about the life of Rabindranath Tagore.

Rabindranath Tagore (1861-1941) was a Bengali poet, philosopher, social reformer, and dramatist who came into international prominence when he was awarded the Nobel Prize for literature in 1913.

Rabindranath Tagore or simply Rabindranath as he is known in India, was born into an affluent and brilliantly talented Calcutta family on May 7, 1861. His grandfather Dwarkanath Tagore (1794-1846) had amassed great wealth through investment and speculation in coal mines, indigo, and sugar. Despite the fact that the family was an outcast Brahmin one, belonging to the group called pirali brahman--Brahmins who had been made ritually impure by sometimes forced contact with Moslems--the dynasty he founded gave Bengal and all of India some of its most prominent painters, poets, musicians, and religious leaders.

Dwarkanath's own views were iconoclastic; his wife left him, for example, because he had violated Hindu practice by eating meat. Rabindranath's father, Debendranath (1818-1905), was...

More summaries and resources for teaching or studying Rabindranath Tagore.

Rabindranath Tagore from Gale. ©2005-2006 Thomson Gale, a part of the Thomson Corporation. All rights reserved.