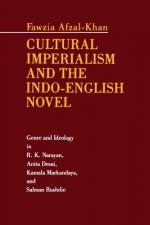 Get R. K. Narayan from Amazon.com
View the Study Pack
Related Topics
The Painter of Signs
Swami and Friends

This Biography consists of approximately 3 pages of information about the life of R. K. Narayan.

R. K. Narayan (born 1906) is one of the best-known of the Indo-English writers. He created the imaginary town of Malgudi, where realistic characters in a typically Indian setting lived amid unpredictable events.

Rasipuram Krishnaswami Narayanswami, who preferred the shortened name R.K. Narayan, was born in Madras, India, on Oct. 10, 1906. His father, an educator, travelled frequently, and his mother was frail, so Narayan was raised in Madras by his grandmother and an uncle. His grandmother inspired in young Narayan a passion for language and for people. He attended the Christian Mission School, where, he said, he learned to love the Hindu gods simply because the Christian chaplain ridiculed them. Narayan graduated from Maharaja's College in Mysore in 1930. In 1934 he was married, but his wife, Rajam, died of typhoid in 1939. He had one daughter, Hema. He never remarried.