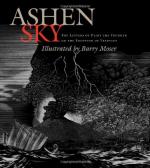 Get Pliny the Younger from Amazon.com
View the Study Pack

This Biography consists of approximately 2 pages of information about the life of Pliny the Younger.

Encyclopedia of World Biography on Pliny the Younger

Pliny the Younger (ca. 61-ca. 113) was a Roman author and administrator. He left a collection of letters which offers intimate glimpses into public and private life during the Roman Empire.

Born of the wealthy Caecilius family at Comum in northern Italy, Pliny the Younger, as he was later known, was probably given his early education by tutors at home and then sent to Rome to study. He inherited the full estate of his uncle Pliny the Elder at his death in 79 and at this time changed his name to Gaius Plinius Caecilius Secundus.

Pliny began his career as a lawyer at the age of 18 and enjoyed success at the bar. In his 20s he entered the magistracy of Rome and held various posts over a period of about 30 years, including a seat on the court which heard inheritance cases, the presidency of the board in charge of the banks of the Tiber and the sewers of Rome, positions in the military and senatorial treasuries, and the consulship. In 110 Trajan sent him on a special mission to investigate corruption in Bithynia. He died there about 2 years later.

Pliny's letters are preserved in 10 books. The first 9 contain 247 personal letters, and the tenth is his official correspondence with Trajan from Bithynia. Also preserved is his Panegyricus, a speech praising Trajan. The letters of books 1-9, selected, rewritten, and arranged with care by their author, were published in his lifetime. The letters of book 10 were published posthumously.

The topics of the letters are quite diverse, although each has a single subject and is written with skill, the style being historical, poetical, or oratorical to suit the theme. Some are to young men whose careers Pliny wished to further. Many are on moral, philosophical, political, or literary subjects. Many have to do with business and litigation. Others are descriptive. One considers the existence of ghosts--and contains a fascinating ghost story. Yet another tells of his third wife's touching devotion.

The letters are the best source available for the political and social history of Rome for the period they cover. In addition, there emerges from them a portrait of Pliny himself. Shrewd, magnanimous, stoical, self-satisfied, efficient, loyal, and, above all, tolerant, Pliny represents a type who at that time made workable the complex administration of the vast Roman Empire.

More summaries and resources for teaching or studying Pliny the Younger.

Pliny the Younger from Gale. ©2005-2006 Thomson Gale, a part of the Thomson Corporation. All rights reserved.