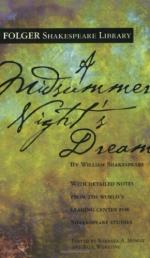 Get Peter, St. from Amazon.com
View the Study Pack

This Biography consists of approximately 5 pages of information about the life of Peter, St..

St. Peter (died ca. 65) is traditionally considered to be the head of Jesus' 12 Apostles and the first bishop of Rome.

Peter's original name was Simon, Peter being a name given him by Jesus. At the time of Jesus' public life, Peter was a grown man. This would place his birth sometime around the end of the 1st century B.C. Of his early life we know little except that he came from the village of Bethsaida in Galilee and that his father was a fisherman. By the time he met and joined Jesus, he was already married (Mark 1:30); he lacked any formal education (Acts 4:13) and worked the fishing nets with his father and his brother Andrew at the lakeside town of Capernaum. Andrew also joined the group of Jesus' disciples on the same day.

As far as can be judged, Peter was a member of the...

More summaries and resources for teaching or studying Peter, St..