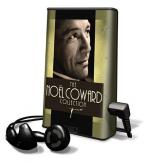 Get Noel Coward from Amazon.com
View the Study Pack

This Biography consists of approximately 2 pages of information about the life of Noel Coward.

The English playwright, actor, and composer Noel Coward (1899-1973) was known for his genial urbanity and frequently acerbic wit.

Noel Coward was born on December 16, 1899, in Teddingham, Middlesex, and studied intermittently at the Royal Chapel School in London. A restless and extroverted youth, he made his acting debut at the age of 12 and a year later won praise for his portrayal of Slightly in Peter Pan.

Coward's first play, Rat Trap, an exercise in psychological realism, was written in 1917 but not published until 1926. He played the leading role in his next play, The Last Track (1918). His first drama to be noted by the critics was The Vortex (1924), a serious play about narcotics addiction. During this period he was regarded as the spokesman for the younger generation, although his works were often condemned as immoral.

In 1929 Coward starred in the Broadway production of his Bitter Sweet, a romantic musical...

More summaries and resources for teaching or studying Noel Coward.

Noel Coward from Gale. ©2005-2006 Thomson Gale, a part of the Thomson Corporation. All rights reserved.