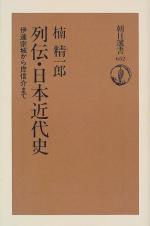 Get Nobusuke Kishi from Amazon.com
View the Study Pack

This Biography consists of approximately 5 pages of information about the life of Nobusuke Kishi.

Nobusuke Kishi (1896-1987) was a Japanese statesman who was imprisoned as a war criminal but released by the Allied Occupation authorities after World War II. His term as prime minister was marked by turbulent opposition to the U.S.-Japan security treaty signed in 1960.

The career of Nobusuke Kishi symbolizes the reversal of Japan's international relations in the 20th century. A cosigner of the declaration of war against the United States in 1941, he became the leader of America's most important Pacific ally in the 1950s.

Born Sato Nobusuke, on Nov. 13, 1896, in Yamaguchi Prefecture, southwestern Japan, Kishi was the second son of Hidesuke and Moyo Sato. His father, orginally born into the Kishi family, had been adopted by the Satos to preserve their family line and name. Similarly, Nobusuke was adopted by his father's elder brother and took the family name of Kishi.

More summaries and resources for teaching or studying Nobusuke Kishi.

Nobusuke Kishi from Gale. ©2005-2006 Thomson Gale, a part of the Thomson Corporation. All rights reserved.