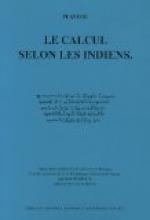 This Biography consists of approximately 1 page of information about the life of Muhammad ibn Musa al-Khwarizmi.

Believed to have been born about a.d. 780 in the country of Khwarizm, (now the Uzbeki city of Khiva), al-Khwarizmi (also spelled al-Khowarizmi) played an influential role in the history of mathematics and particularly algebra. Although much of al-Khwarizmi's early life is unrecorded, he spent his career in Baghdad working for the "House of Wisdom," a fraternity of scientists assembled by the Caliph, where he made his name as a mathematician, astronomer and the compiler of several astronomical and navigational tables.

Al-Khwarizmi's book, Kitab al-jabr wa'l muqabalah ("The Rules of Restoration and Reduction"), is considered to be a highly significant contribution to mathematics. This treatise explains the use of transposition and cancellation, the two operations al-Khwarizmi used to solve algebraic equations. In fact, the Arabic word al-jabr, which means "restoring," was adapted into Latin as algebra. Al-Khwarizmi's book was instrumental in spreading knowledge of algebra into Europe.

Of equal importance in his treatise was al-Khwarizmi's use of the Hindu numeral system, which, through a misunderstanding, was erroneously designated Arabic. (Some time later they became known as Hindu-Arabic numerals, crediting both civilizations.) By the eleventh century, other mathematicians began to use the Hindu-Arabic system, aiding its adoption across Europe.

Al-Khwarizmi also influenced the use of the term "algorithm". His own name (al-Khwarizmi) was Latinized as "algorism" and used to refer to the art of calculating. Some years later the meaning of algorism, or algorithm, changed to indicate a specific set of rules used to solve a problem.

While al-Khwarizmi made important contributions in the field of mathematics and algebra, he was slightly less successful in geography; several times he overestimated the circumference of the Earth.