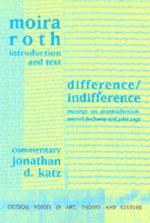 Get Marcel Duchamp from Amazon.com
View the Study Pack

This Biography consists of approximately 3 pages of information about the life of Marcel Duchamp.

The French painter Marcel Duchamp (1887-1968) asked questions about the importance and nature of art and the artist and challenged conventional ideas of originality. He was a major influence on 20th-century art.

Marcel Duchamp was born on July 28, 1887, the son of a notary of Rouen. One of Marcel's brothers, Gaston, known as Jacques Villon, was a painter; another brother, Raymond Duchamp-Villon, was a sculptor. Duchamp moved to Paris at the age of 17 and began to paint. By 1911 he was responding in his painting to cubism, but his subjects were unusually personal and psychologically complex compared to the typical cubist ones.

Scandal of the Armory Show

In his famous Nude Descending a Staircase, No. 2 (1912) Duchamp used a limited cubist palette and faceting of forms but completely contradicted the cubist esthetic in his choice of an ironic title and stress on actual movement. When this painting was exhibited at the...

More summaries and resources for teaching or studying Marcel Duchamp.

Marcel Duchamp from Gale. ©2005-2006 Thomson Gale, a part of the Thomson Corporation. All rights reserved.