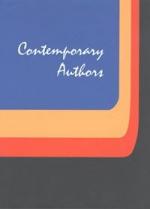 Get Madeleine L'Engle from Amazon.com
View the Study Pack
Related Topics
The Moment of Tenderness

This Biography consists of approximately 7 pages of information about the life of Madeleine L'Engle.

American fiction writer Madeleine L'Engle (born 1918) is the accomplished author of numerous plays, poems, novels, and autobiographies for children and adults. She is perhaps best known for her children's book, A Wrinkle in Time, written in 1962 and winner of the 1963 Newbery Medal for Children's Literature. Two later works, A Wind in the Door and A Swiftly Tilting Planet, continue the theme and form a trilogy about time.

Donald R. Hettinga, in Presenting Madeleine L'Engle, wrote of the author: "Her vocation is that of storyteller and story itself is part of her story." As a young girl, L'Engle used writing to make sense of things. "Her fiction, while not rigidly autobiographical as, for example, Ernest Hemingway's," Hettinga continued, "is yet informed and sometimes shaped by the experiences of her life."

More summaries and resources for teaching or studying Madeleine L'Engle.

Madeleine L'Engle from Gale. ©2005-2006 Thomson Gale, a part of the Thomson Corporation. All rights reserved.