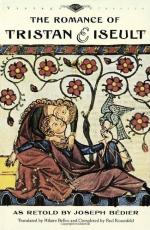 This Biography consists of approximately 2 pages of information about the life of Joseph Hilaire Pierre Belloc.

The French-born English writer Joseph Hilaire Pierre Belloc (1870-1953) was a noted poet, historian, essayist, and novelist. Throughout his literary career he was concerned with the problems of social reform.

Hilaire Belloc was born in Saint-Cloud, France, on July 27, 1870. He was the son of Louis Belloc, a French lawyer, and Bessie Raynor Parkes, his English wife. Political disorder sent the family to England later that year, and Hilaire was educated at the Oratory School in Birmingham. As a boy, he was a precocious poet, artist, and mathematician. He graduated from Balliol College, Oxford, where he had won a scholarship in history.

Belloc began his literary career with Verses and sonnets (1895). In 1896 he married the American Elodie Hogan, and they had three children. That same year he published The Bad Child's Book of Beasts, which, together with Cautionary Tales and More Beasts for Worse Children, formed a collection destined to become a classic. In 1899 Belloc began a series of biographies, which included two French revolutionaries (Danton,, 1899, and Robespierre, 1901) and many eminent literary and political figures of France and England. In 1902 he published Path to Rome, which is perhaps his most characteristic work in that it reveals his love of travel, gentle humor, and staunch Roman Catholicism.

During these years Belloc also became very active in political life. He became a British citizen in 1902, and in 1906 he was elected to Parliament. In 1910 he abandoned political office for journalism, which he felt was a more effective means of achieving reform. He joined with Cecil Chesterton in writing articles attacking imperialism and corruption in political life. In 1912 Belloc published The Servile State, which outlined his antisocialist and anticapitalist philosophy of distributism. His views were shared by G. K. Chesterton, and they founded the political weekly New Witness to press forward the fight for reform.

In the following years Belloc continued to publish prolifically. In 1942 he suffered a stroke, and though he wrote magazine articles occasionally, he published no more books. He died in 1953 from accidental burns.