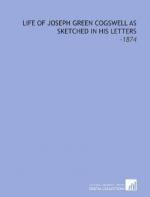 Get Joseph Green from Amazon.com
View the Study Pack

This Biography consists of approximately 3 pages of information about the life of Joseph Green.

Joseph Green, Boston wit and satirical poet, was best known for his humorous verse comments on public figures and events in eighteenth-century New England. A comic epitaph, composed for him by an anonymous friend, captured his reputation for wit:

Green was born in Boston, and, after he received his A. B. degree from Harvard in 1726, he began a prosperous career in Boston as a merchant and for a time a distiller. While little is known about his personal life, his verse suggests that he was a shrewd social observer with a tendency to wry mockery. His political leanings were Loyalist, and he was strongly enough identified with opposition to the Revolution that in 1775 he was forced to abandon his...

More summaries and resources for teaching or studying Joseph Green.

Joseph Green from Gale. ©2005-2006 Thomson Gale, a part of the Thomson Corporation. All rights reserved.