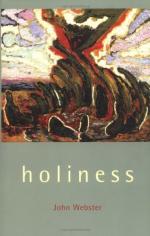 Get John Webster from Amazon.com
View the Study Pack

This Biography consists of approximately 2 pages of information about the life of John Webster.

The reputation of the English dramatist John Webster (ca. 1580-ca. 1634) rests on two blank-verse tragedies, The White Devil and The Duchess of Malfi. He was a painstaking literary craftsman, much concerned with the philosophy and the psychology of evil.

Nothing definite is known of John Webster's birth or parentage. He has been tentatively identified as the son of a merchant-tailor of London, and it is thought he was born about 1580; but no solid evidence on either of these points exists. From his plays it is clear that Webster was a learned man, but nothing is known of his education.

The earliest definite reference to Webster occurs in the diary of the theatrical manager Philip Henslowe. Henslowe's records reveal that in 1602 Webster collaborated with Anthony Munday, Thomas Middleton, Michael Drayton, and others on a play called Caesar's Fall, which has not survived. Two years later John Marston's play The Malcontent was performed by the King's Men with an Induction written by Webster. The Induction provides a revealing picture of an early Jacobean audience. In 1605 and 1606 Webster worked on two plays with Thomas Dekker. These were Westward Ho! and Northward Ho!, both realistic comedies performed by the Children of Pauls.

None of this early work gives more than the vaguest hint of the dramatic genius that is displayed in Webster's twin tragic masterpieces, The White Devil and The Duchess of Malfi. The first was probably written in 1611 or 1612, the second in 1613 or 1614. Both are powerful tragedies dominated by strong-willed female protagonists, each of whom suffers a violent death for defying the conventions of a corrupt society. The strain of morbidity evident in each play is frequently considered the most distinctive feature of Webster's work.

Webster's later dramatic work was sporadic and undistinguished. The most interesting of his nondramatic writings are found in the second edition of Sir Thomas Overbury's Characters (1615). Although Webster's name does not appear in this collection of Theophrastian sketches, it is generally agreed that he was responsible for a number of those sketches added to the original edition of 1614.

The circumstances of Webster's death are as obscure and uncertain as those of his birth. There is some reason to believe that he was dead before the end of 1634, but no more precise information has been uncovered.

More summaries and resources for teaching or studying John Webster.

John Webster from Gale. ©2005-2006 Thomson Gale, a part of the Thomson Corporation. All rights reserved.