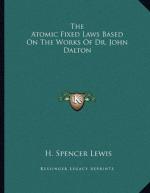 Get John Dalton from Amazon.com
View the Study Pack

This Biography consists of approximately 4 pages of information about the life of John Dalton.

World of Chemistry on John Dalton

Although he dabbled in meteorology and studied color-blindness, the contribution for which Dalton is most famous, without question, is his atomic theory and the list of atomic weights for the known elements that he created.

Dalton was born on approximately September 5, 1766 in Eaglesfield, England. Since his Quaker parents did not register his birth officially, no one knows his exact birth date.

Strongly influenced by his Quaker faith, Dalton grew up in modest surroundings and continued to live simply throughout his life. He attended the local school at Eaglesfield until the age of 11. A year later, he returned as a teacher at the same school, confronted with the task of instructing a number of students his own age or older. Then, as throughout his life, Dalton continued studying a number of topics on his own.

At the age of 15, Dalton became an assistant at the Quaker school in Kendal...

More summaries and resources for teaching or studying John Dalton.

John Dalton from Gale. ©2005-2006 Thomson Gale, a part of the Thomson Corporation. All rights reserved.