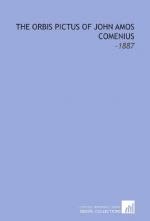 Get John Amos Comenius from Amazon.com
View the Study Pack

This Biography consists of approximately 2 pages of information about the life of John Amos Comenius.

John Amos Comenius was born on Mar. 28, 1592, in southeastern Moravia. His early education was irregular. After deciding to become a priest of the Bohemian Unity of Brethren (a German Baptist sect), he received his higher education in Germany at Herborn, Nassau, and Heidelberg. In 1614 he returned to Bohemia, where he taught in the schools of the Brethren. He was ordained a priest 2 years later and appointed pastor of a parish in Fulneck in 1618.

The sack of Fulneck by the Catholic forces after the outbreak of the Thirty Years War forced Comenius into hiding in Bohemia. Shortly afterward he wrote the allegory The Labyrinth of the World and the Paradise of the Heart. In this classic of Czech literature, man finds true happiness in mystical union with Christ.

Because of persecution, the Brethren were forced to leave Bohemia in 1628. Comenius went to Leszno, Poland, where his position as corector of the Brethren's school led him to become interested in educational reform. Many of the educational ideas expressed in his Didactica magna (1657; The Great Didactic) were developed during this period. Among the reforms that he advocated were gentler discipline; use of the vernacular instead of Latin in the primary schools; and free, universal, compulsory education for both sexes and all social classes. His book Janua linguarum reserata (1631; The Gate of Languages Unlocked) revolutionized the teaching of Latin and helped establish his reputation throughout Europe as an educational reformer.

Elected a bishop of his church in 1632, Comenius expressed his great interest in Christian unity and was conspicuous in the 17th century for his ecumenical beliefs. His development of a universal system of human knowledge among all men and nations, called pansophy, led to his being invited to England. From there he went to Sweden in 1642 and was employed in reforming the nation's school system. In 1650 he established a pansophic school in Hungary as a model for others, but conflicts caused his return to Leszno in 1655. After the sack of the city in 1656, he fled to Amsterdam, where he resided until his death on Nov. 4, 1670.

John Amos Comenius from Gale. ©2005-2006 Thomson Gale, a part of the Thomson Corporation. All rights reserved.