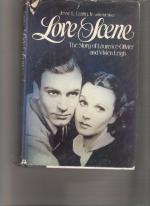 Get Jesse Lasky from Amazon.com
View the Study Pack

This Biography consists of approximately 6 pages of information about the life of Jesse Lasky.

The most powerful man in Hollywood during the heyday of the silent film, Jesse Lasky (1880-1958) was a pioneering movie mogul who co-founded Paramount Studios. A studio executive known for being prolific, Lasky was credited with producing more than 350 motion pictures between 1921 and 1930. He continued making films for several decades after that as an independent producer.

Lasky was one of the men responsible for putting Hollywood on the map. In 1913, he formed a production company with Cecil B. DeMille and Samuel Goldfish (later known as Samuel Goldwyn). The Jesse L. Lasky Feature Play Company had a big hit with its first film, DeMille's western epic The Squaw Man, and its success jump-started the southern California film industry. For many years after that, the likeable Lasky showed he had the knack for turning out profitable pictures.

Lasky was the descendant of German immigrants. His grandparents crossed...

More summaries and resources for teaching or studying Jesse Lasky.

Jesse Lasky from Gale. ©2005-2006 Thomson Gale, a part of the Thomson Corporation. All rights reserved.