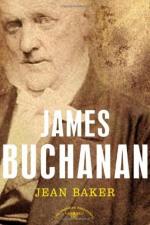 Get James Buchanan from Amazon.com
View the Study Pack

This Biography consists of approximately 3 pages of information about the life of James Buchanan.

James Buchanan (1791-1868) was the fifteenth president of the United States. His administration was dominated by fighting between pro-and antislavery forces. In 1860, at the close of his term in office, South Carolina became the first state to secede from the Union.

James Buchanan was born on April 23, 1791, on a farm in Lancaster, Pa., the son of a Scotch-Irish immigrant. After graduating from Dickinson College in 1809, Buchanan became a lawyer. As a Federalist, he was elected to the Pennsylvania Assembly in 1814 and to the U.S. House of Representatives in 1820. He was an early supporter of Andrew Jackson's presidential aspirations and became a leading member of the new Democratic party in Pennsylvania. Buchanan was elected to the U.S. Senate in 1834, serving there until 1845. As a senator, he supported Southern demands that all abolitionist petitions to the Senate be immediately tabled without consideration.

More summaries and resources for teaching or studying James Buchanan.

James Buchanan from Gale. ©2005-2006 Thomson Gale, a part of the Thomson Corporation. All rights reserved.