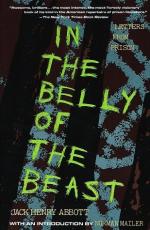 Get Jack Henry Abbott from Amazon.com
View the Study Pack

This Biography consists of approximately 1 page of information about the life of Jack Henry Abbott.

Jack Henry Abbott is a convicted murderer who, upon winning parole through the efforts of author Norman Mailer, murdered another man one month later. Abbott's own collected writings, In the Belly of the Beast, were later discounted by many as unreliable overdramatizations of his prison experiences. Due to a lengthy string of violent criminal acts, Abbott spent only ten months between the ages of 12 to 37 as a free man. His prison records indicated numerous violent incidents, including stabbing a physician who was stitching him up from a previous altercation and jumping from the witness stand into the jury box to grab the throat of a juror.

However, Abbott's true notoriety came later. While researching his book The Executioner's Song, about convicted murderer Gary Gilmore, Mailer began receiving eloquent letters from Abbott. Mailer convinced Random House to publish some of them, and also began championing Abbott's prison release, even testifying before the Utah Board of Corrections that Abbott had "the makings of a powerful and important American writer." Impressed, the Board granted Abbott an early release in 1981. A few weeks later, Abbott was dining at a restaurant in New York when he asked the waiter where the restroom was. Taken to the alley by the waiter, Abbott stabbed him to death, claiming that the waiter was going to attack him. He was sentenced to 15 years to life, and published a second book, My Return in 1987.

Jack Henry Abbott from Gale. ©2005-2006 Thomson Gale, a part of the Thomson Corporation. All rights reserved.