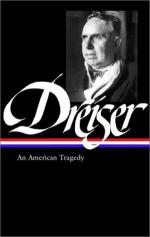 Get Herman Theodore Dreiser from Amazon.com
View the Study Pack

This Biography consists of approximately 8 pages of information about the life of Herman Theodore Dreiser.

American novelist Herman Theodore Dreiser (1871-1945) projected a vitality and an honesty that established several of his novels as classics of world literature.

Like other naturalistic novelists of the 1890s Theodore Dreiser believed in evolutionary and materialistic determinism and gave these ideas powerful expression. Preoccupied with sex, he demanded the freedom to write about it as he saw fit. His hard-won victories over narrow-minded censorship marked a turning point in the history of the American novel.

Dreiser was born Aug. 27, 1871, in Terre Haute, Ind., one of 12 children of a German Catholic immigrant and an Ohio woman who gave up her Mennonite religion and her family's good opinion to marry him. Theodore was a sickly child with an almost sightless right eye; he seemed at first to have less chance of survival than the three brothers who had died before him in infancy.

Herman Theodore Dreiser from Gale. ©2005-2006 Thomson Gale, a part of the Thomson Corporation. All rights reserved.