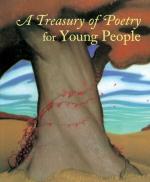 This Biography consists of approximately 3 pages of information about the life of Henry Wadsworth Longfellow.

The insistent moral tone, sentimentality, and serene idealism of the American poet Henry Wadsworth Longfellow (1807-1882) made him an extremely popular author at home and abroad in the 19th century.

Henry Wadsworth Longfellow was born in Portland, Maine, on Feb. 27, 1807, of an established New England family. He attended Portland Academy and then Bowdoin College, graduating in 1825. He was an excellent student whose skill in languages led the trustees at Bowdoin (of which his father was one) to offer the young graduate a professorship of modern languages. He prepared himself further with study abroad (at his own expense) before undertaking his duties.

During Longfellow's 3 years in Europe his lifelong rapport with Old World civilization was firmly established. He returned home in 1829 and 2 years later married Mary Storer Potter. In 1833 he published Outre-Mer: A Pilgrimage beyond the Sea, a collection of picturesque travel essays modeled after Washington Irving's...

Henry Wadsworth Longfellow from Gale. ©2005-2006 Thomson Gale, a part of the Thomson Corporation. All rights reserved.